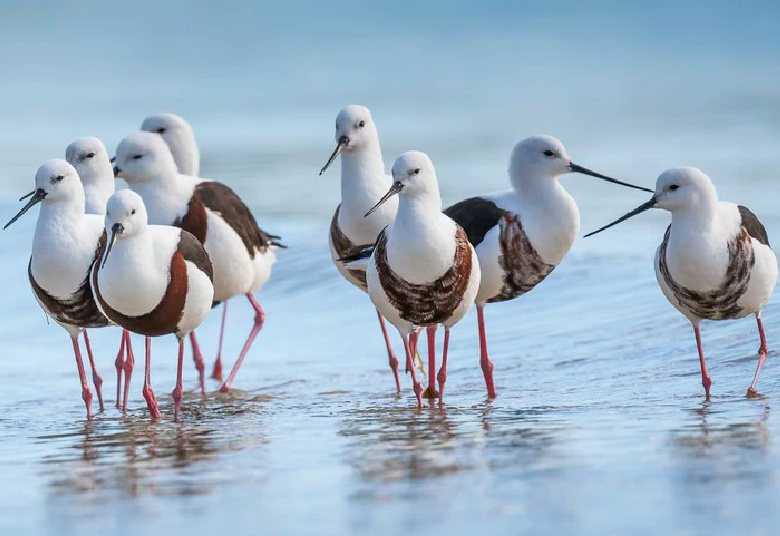 Well-adapted to Australia’s unpredictable climate, this enigmatic shorebird will fly thousands of kilometres to find a suitable place to breed.

Recent studies have revealed that Banded Stilts will leave wetlands in coastal areas within a week of heavy rains that flood inland salt lakes such as Lake Eyre.

How the stilts become aware of these rainfall events still remains a mystery. However, the question of why they head to remote outback lakes to nest is easily answered – it is the abundance of food.

A race against time

It was only in 1930 when the first nests of Banded Stilts were discovered in the Lake Grace area. Until then it had been an unsolved puzzle where these long-legged birds were breeding.

Attracted by brine-shrimp whose eggs hatch in their billions after the flooding of saline outback lakes, stilts head inland. Immediately after their arrival they begin courting and mating.

Within a short period of time up to four eggs are laid in a small scrape on the ground. Once hatched, the chicks are able to feed without any help from their parents. 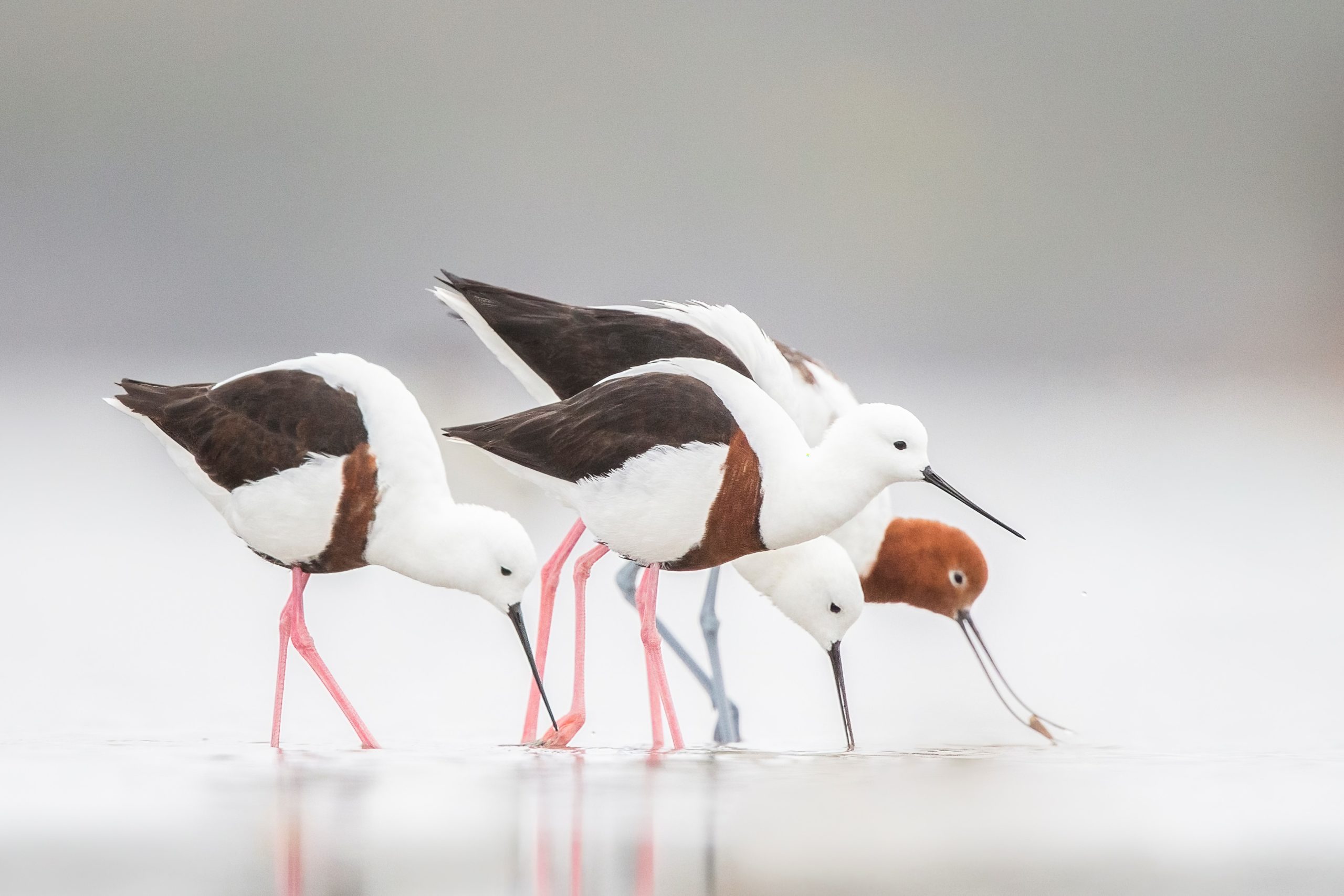 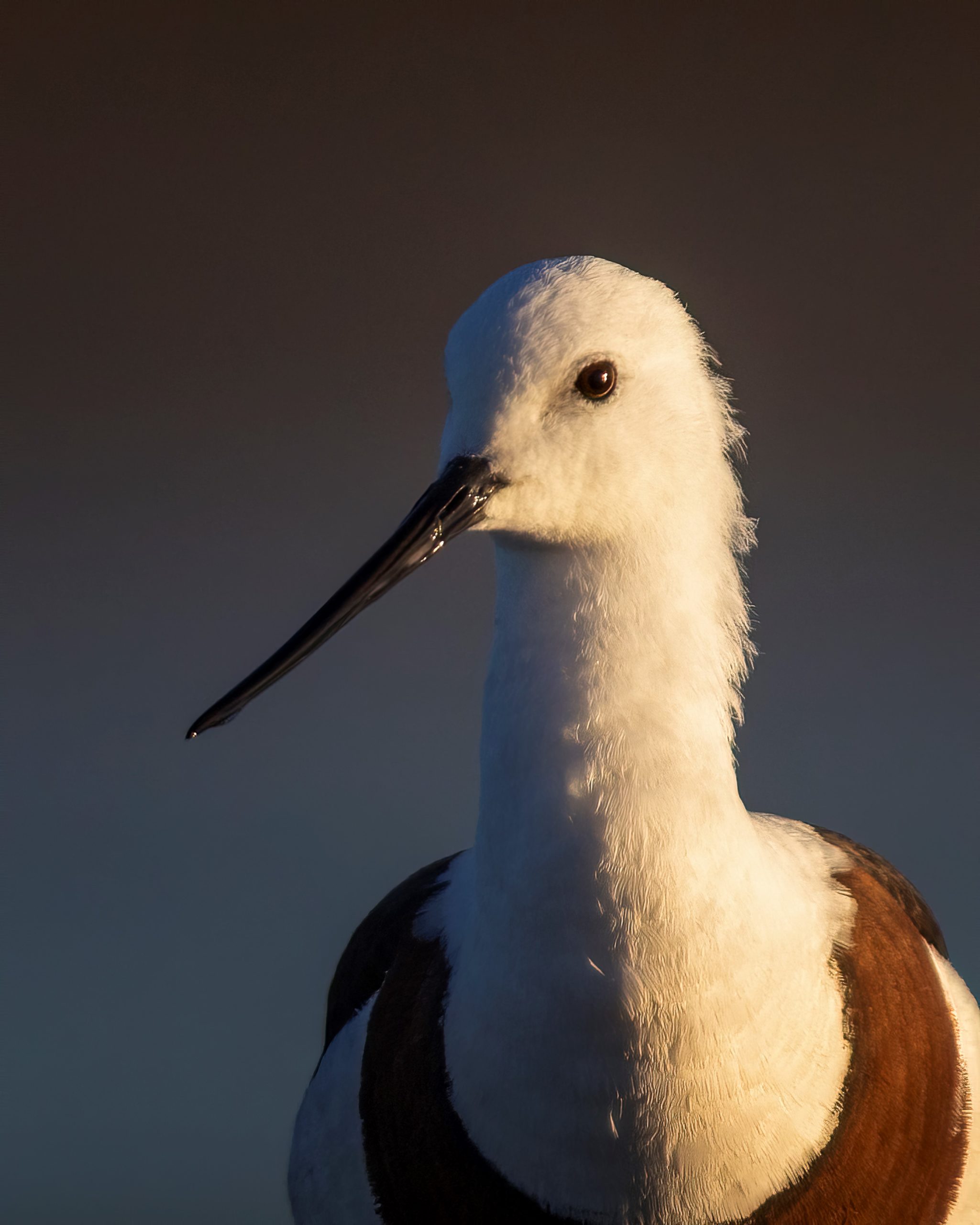 Even though the stilt breeding colonies number thousands, and sometimes, tens of thousands of birds, the survival of their chicks is not guaranteed. The young birds must be able to fly before the salt lakes dry up or they will die of starvation. Predation of chicks by Silver Gulls is so extensive at some lakes that only a small percentage of the young survives.

Despite their remoteness, some of the inland salt lakes used for breeding are under threat of development from potash mining companies. To harvest potash for fertiliser requires the establishment of evaporation pools which are likely to impact on the mass hatching of brine shrimp. Without a huge supply of brine shrimp, breeding success is expected to be very low.

In coastal areas a growing population’s recreational needs collide with the stilts’ requirement for undisturbed areas where they can feed.

Places to look for Banded Stilts

During your Heartland journey you may encounter these beautiful shorebirds at lakes in the Cranbrook area (Bob’s Lake off Brickhouse Rd has public access and a bird hide), Lake Ewlyamartup or at Wilson Inlet on the South Coast.