Bar-tailed Godwits belong to a group of birds known as waders. They are mostly found on mudflats along the coast and in estuaries where they use their long bills to probe for worms and molluscs. Their mottled brownish feathers provide the perfect camouflage, perhaps one of the reasons why few people seem to take notice of these birds. Yet, Bar-tailed Godwits deserve our attention. They are one of the world’s most incredible flyers having the ability to cover the distance between continents in just over a week. 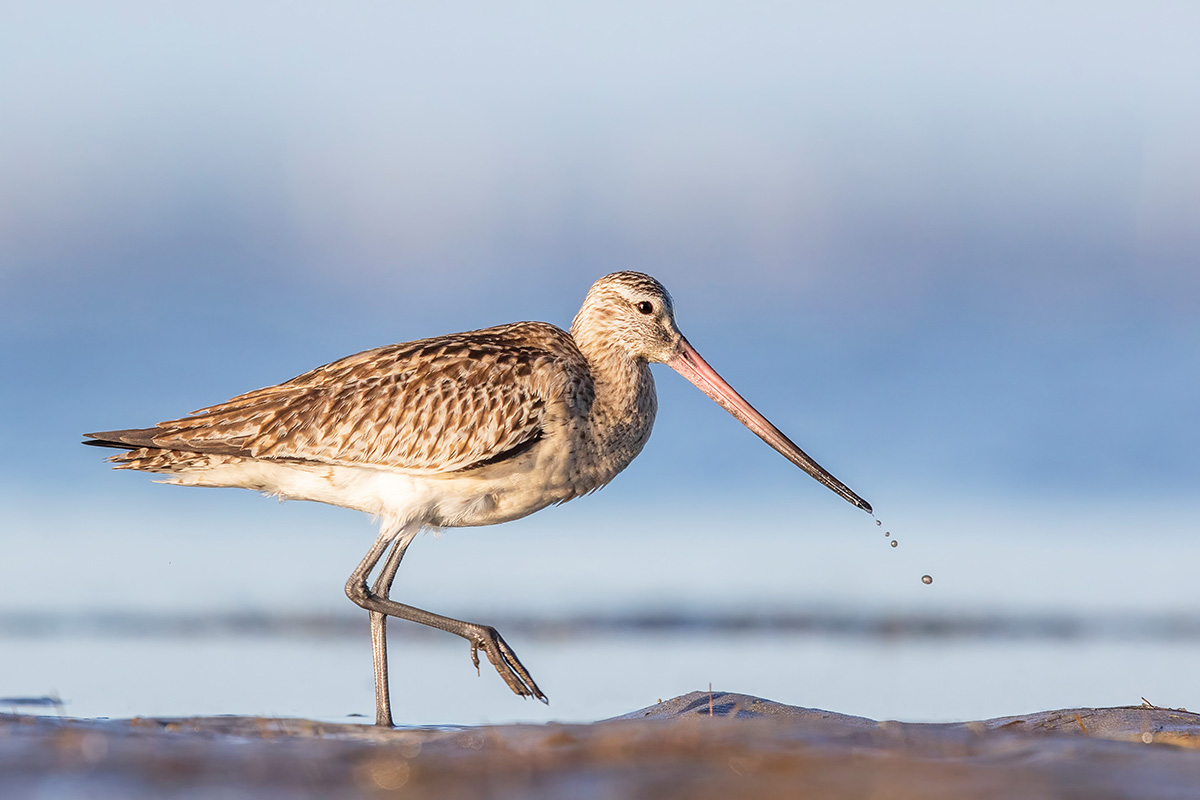 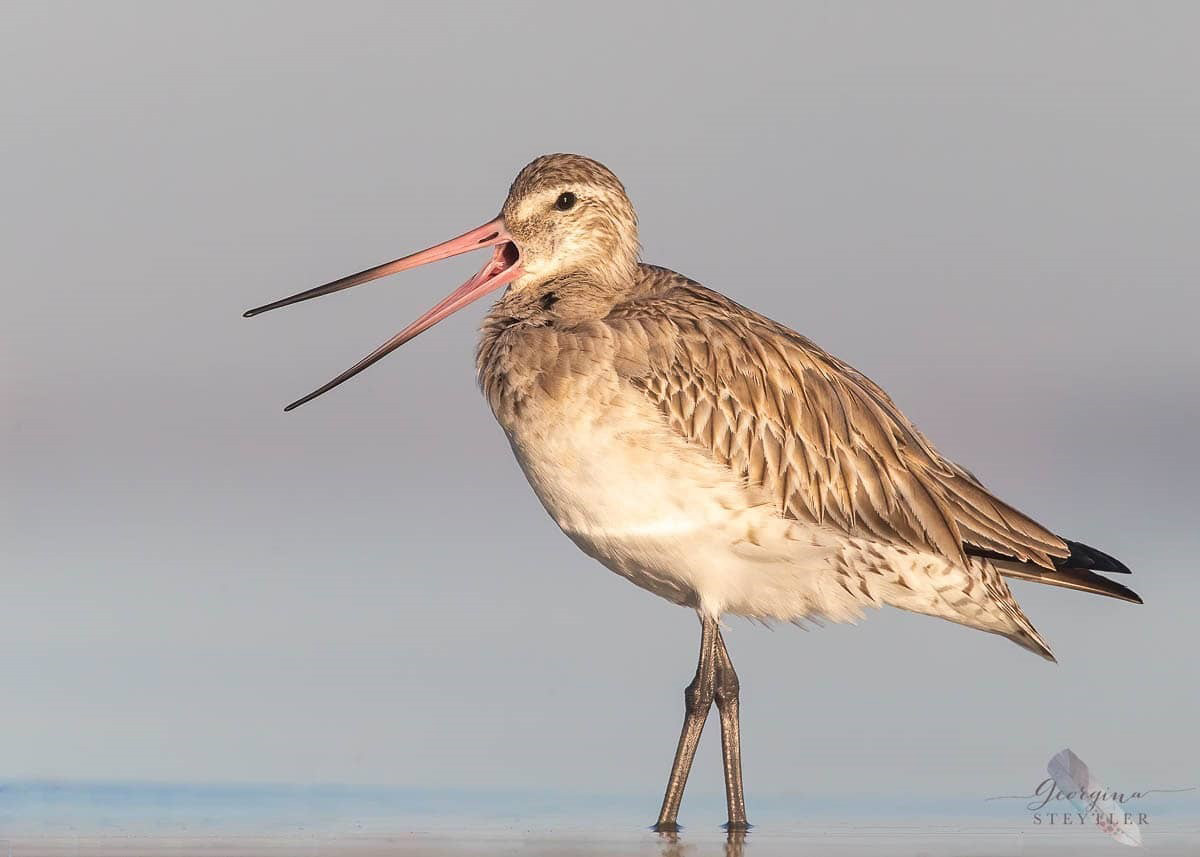 As migratory shorebirds, the Bar-tailed Godwits live in two hemispheres. Between the austral spring and autumn they are found in Australia. During the rest of the year they travel to and from the Northern hemisphere where they breed in the remote tundra of Siberia and Alaska. To undertake this 10,000 – 13,000km long journey twice a year the birds need plenty of fuel.

During the months prior to their migration, Bar-tailed Godwits increase their body weight by up to 60 -70%, much of this is stored as fat. They also increase their flight muscles while at the same time they reduce the weight of some of the organs not needed during the flight. This physical adaptation allows them to travel at speeds of up to 90km/h.

Researchers at the  Pukurokuro Miranda Shorebird Centre in New Zealand, who have been following shorebirds on their long journeys through the use of satellite tracking technology, discovered that Bar-tailed Godwits are capable of flying non-stop between Alaska and Australia. In September when the tagged Bar-tailed Godwit known as 4BBRW touched down in northern New South Wales it had travelled a distance of 13,050km from Alaska. During the 239 hours the godwit took to reach its destination the bird never stopped even once! 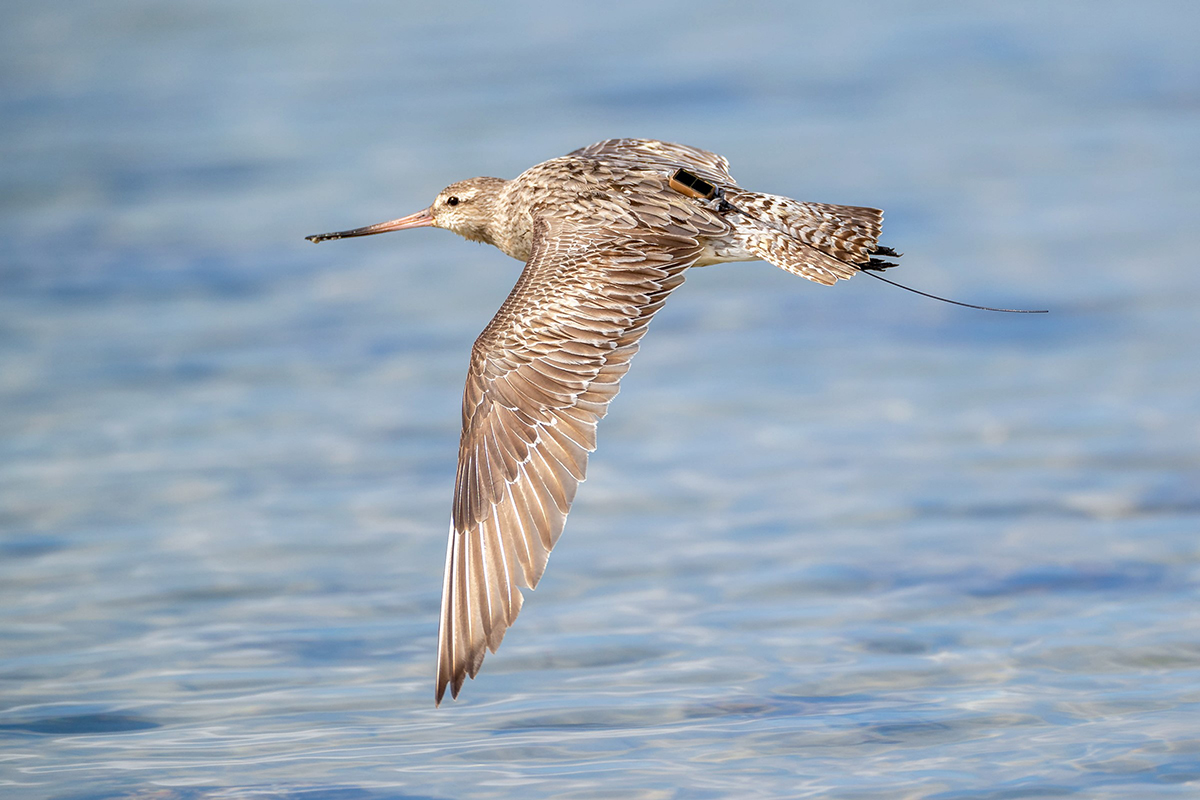 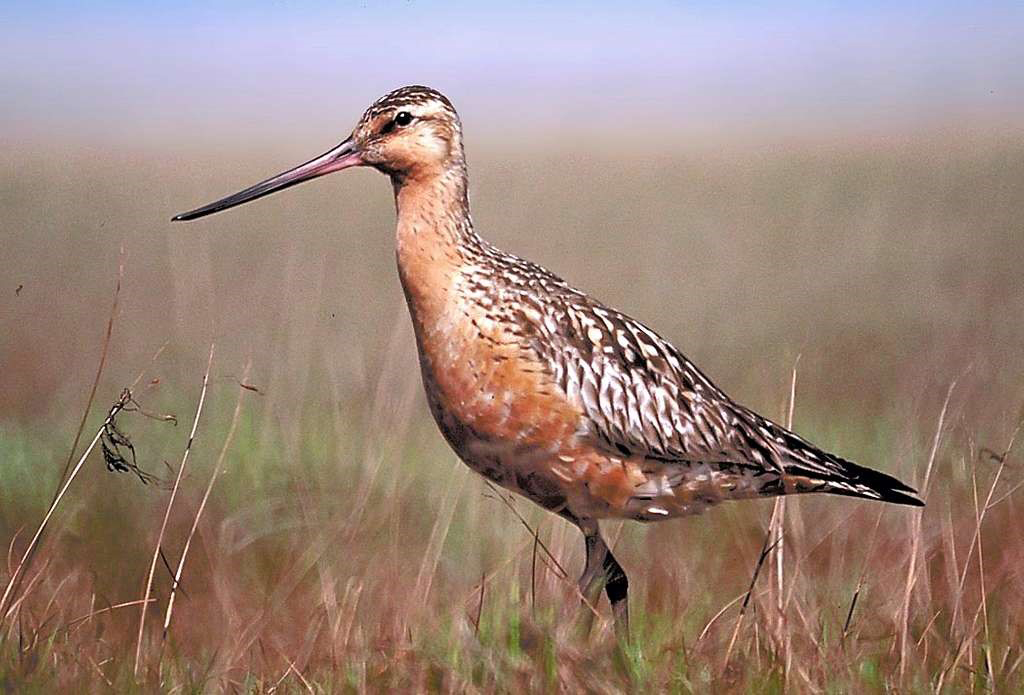 Life in the Arctic

During the summer months the Arctic is not the forbidding place many of us think it might be. Daylight lasts 24 hours and the tundra is teeming with an abundance of insects. The godwits have now changed their appearance having moulted into their more rufous-coloured breeding plumage. Soon after their arrival they mate and an average of four eggs is laid into a shallow cup on mossy ground. When the chicks hatch after three to four weeks they are fully developed and capable of feeding themselves. Within weeks of fledging the young birds will follow their parents who by then have already started their journey to the southern hemisphere. How the young birds know where to go is still a mystery as they do not travel with their parents. The birds are thought to have the ability to utilise the earth’s magnetic field to navigate which, at a minimum, would allow them to determine the direction of north and south.

Sadly, these amazing birds have become critically endangered in recent years. The population of the subspecies found in Western Australia has plummeted. Habitat destruction has played a major role in their decline. When shorebirds migrate they follow what is called a Flyway. The East Asian Australasian Flyway covers an area from Siberia to Alaska all the way south to Australia and New Zealand. Countries like China and South Korea which lie along the migration route have drained or modified large wetland areas along the Yellow Sea depriving shorebirds of places to rest and refuel on their journey to their Arctic breeding grounds. In Australia habitat degradation and disturbance have become a significant issue and in the Arctic a warming climate is leading to changes in their tundra habitat. 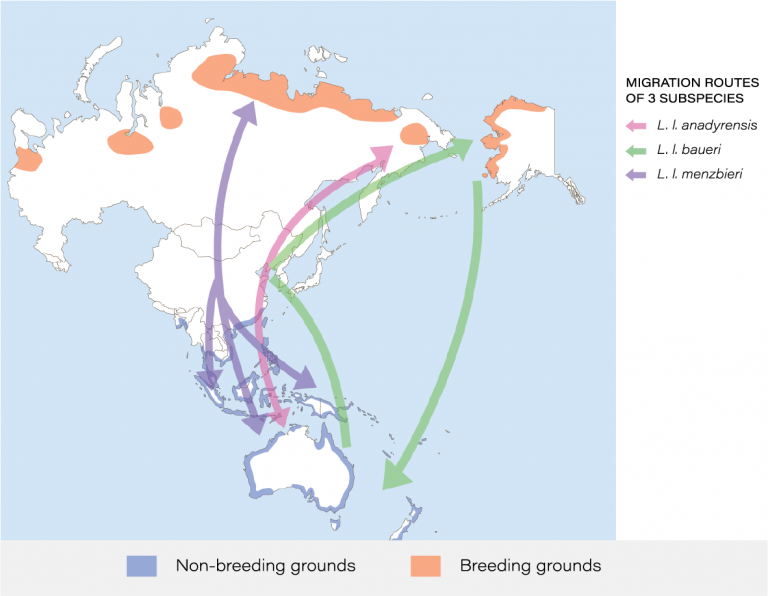 Places to look for Bar-tailed Godwits

Between spring and autumn you may see the birds foraging on the mudflats of Albany’s Princess Royal and Oyster Harbour or at Wilson Inlet’s Morley Beach near Denmark.

Geoff White for the words and photos in this ‘Nature insight’