Jarrah (Eucalyptus marginata) is one of the best known trees within southwestern Australia and is often found in mixed stands with Marri (Corymbia calophylla). Both species are found across a wide swathe of the southwest, from north around the Mount Leseuer to east of Albany.

Within this broad area, climate, landforms and soils determine where they grow, as well as the form and size that they take and the other species to be found with them. Jarrah, for example, is a tall straight trunked forest tree that can reach more than 40m high and a girth of around 2m where it occurs in high rainfall on deep lateritic soils. 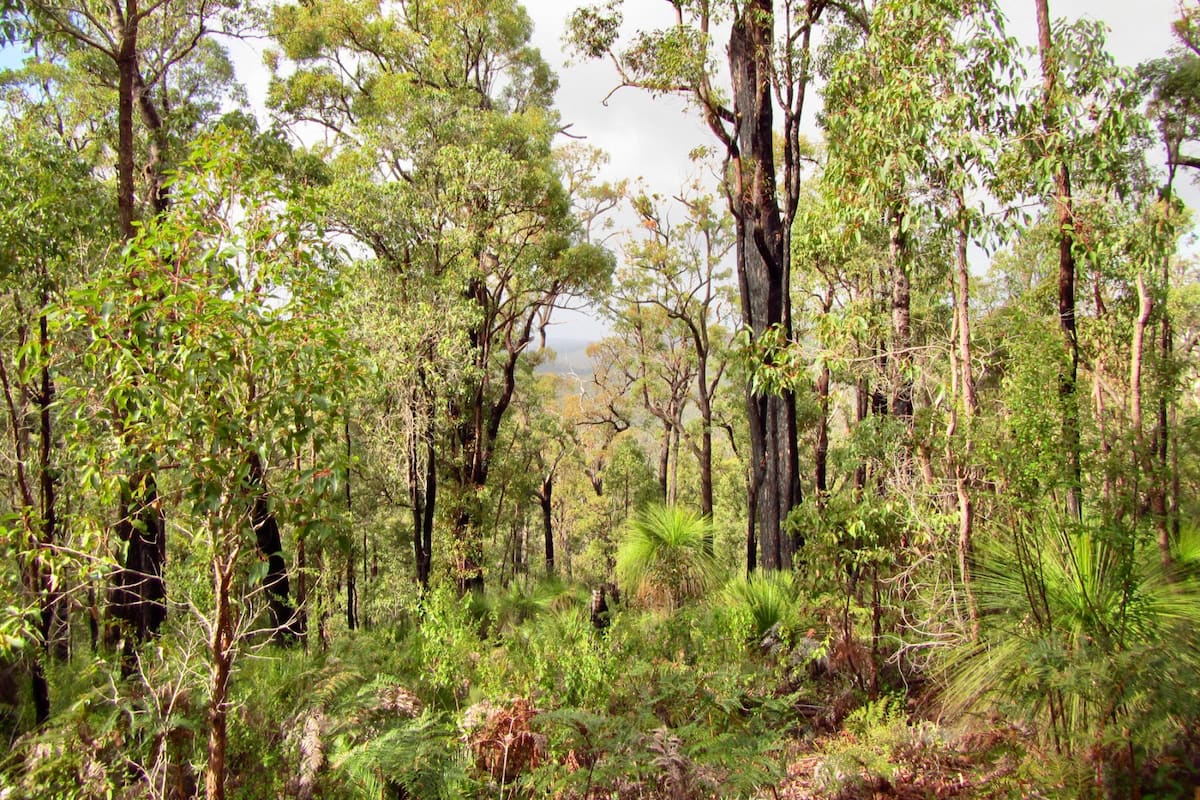 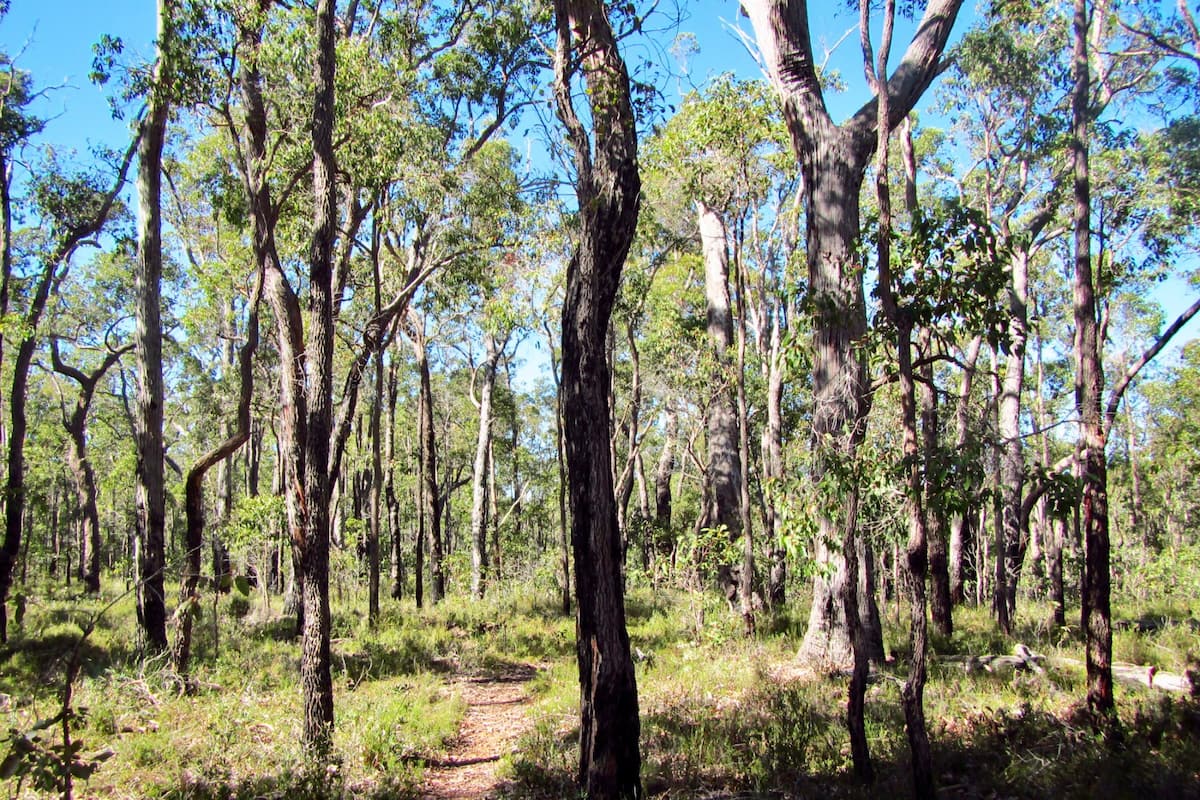 At the drier extremes of the jarrah’s range, you are more likely to encounter it as a smaller woodland tree or as a multi-stemmed mallee under 10m in height. Marri shows a similar range from a tall forest tree to a mallee.

The name “marginata” refers to the leaves having a thickened margin, while the name “jarrah” is from their Noongar name, Djarraly. Jarrah has a rough, dark grey or reddish fibrous bark that is usually held in flat vertical strips. It bears small white flowers between about August to January although jarrahs don’t generally flower every year. The woody fruits are small (about 1.5cm long) and shaped like round barrels.

Marri was first collected and named on the shore of King George Sound by Robert Brown, the botanist who accompanied Flinders on his voyage around the coast in 1801-02. The name “calophylla” means “beautiful leaf” and their leaves are much wider than those of jarrah.

Unlike jarrah which may only flower every 4 or 5 years, marri flowers profusely every year, bearing large creamy-white flowers in Dec-Jan to May. There are some naturally occurring pink-flowering specimens, some of which can be seen along the Chester Pass Road between Albany and Amelup. 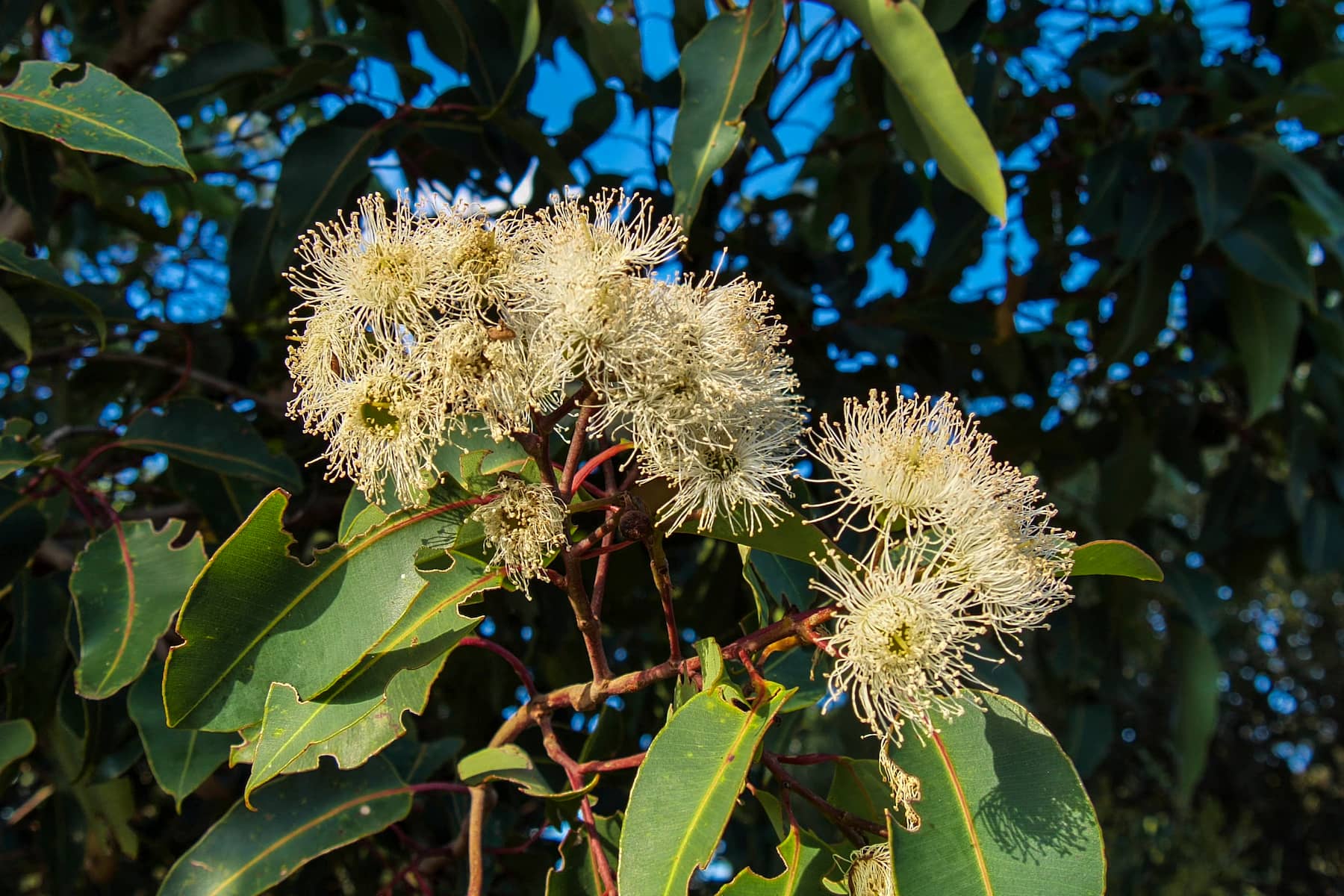 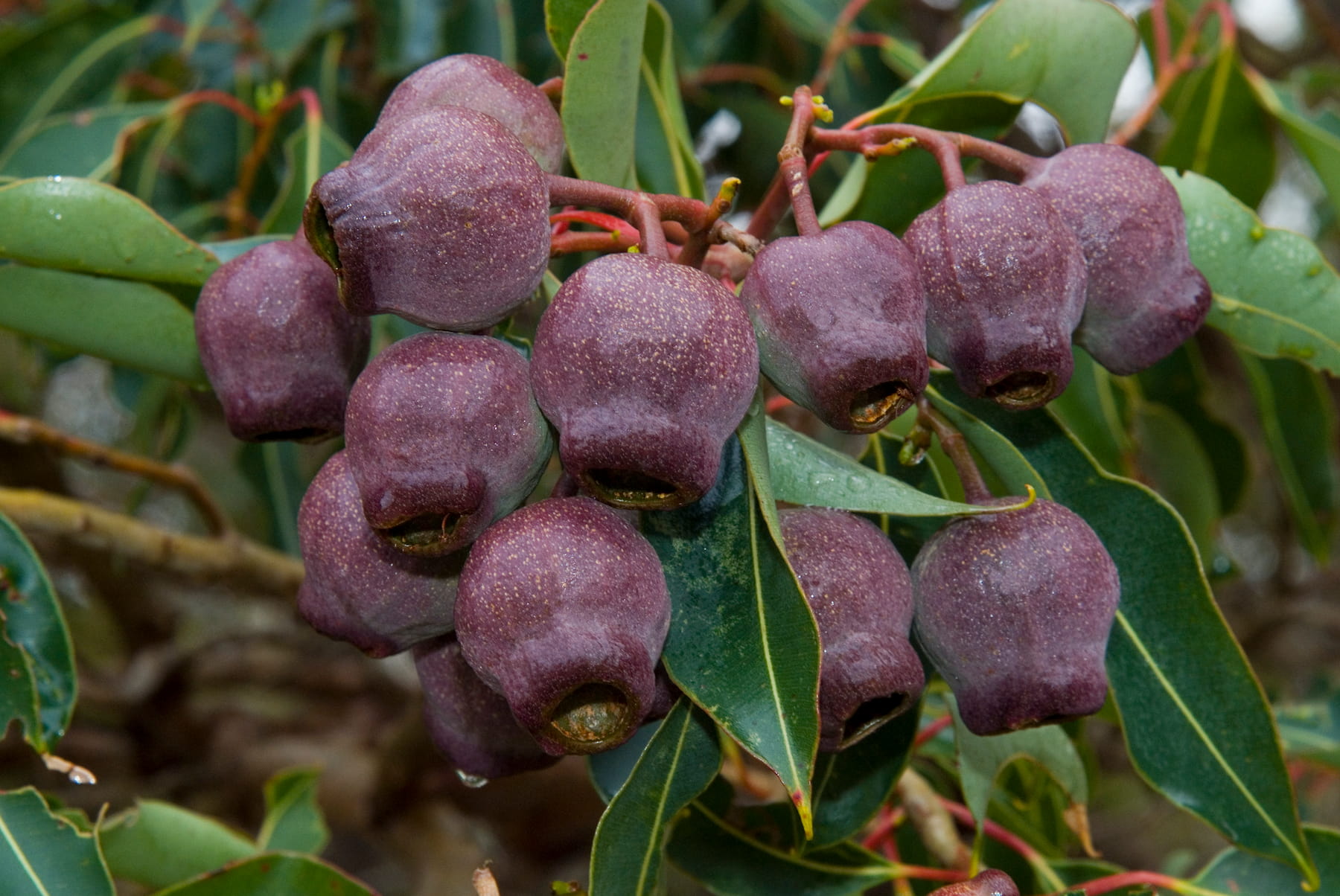 Marri has some other features that also make it easy to distinguish it from jarrah and other eucalypts. Its bears large (up to 5cm) urn-shaped woody fruits or “honkey nuts”. Its bark is grey-brown and tessellated, or broken up more or less regularly so it appears like small mottled checks.

Marri previously belonged to a large group of Eucalypts known as “bloodwoods” before these were re-classified as Corymbia in 1995. Its closely related companion on the south coast is Corymbia ficifolia, the beautiful Red-flowering Gum that has a far more restricted natural distribution centred near Walpole.

The name “bloodwood” and Marri’s common name of “Red Gum” are due to the copious veins of kino, a ruby red gum or resin that can be seen oozing out of the bark after injury and is believed to have some antiseptic qualities.

Jarrah-Marri woodlands occur in many areas across the Great Southern with an associated understorey that varies according to the landforms and soil. This can include bankias and other proteaceous plants, sheoaks, grass trees, melaleucas, acacias and a range of members of the pea family. 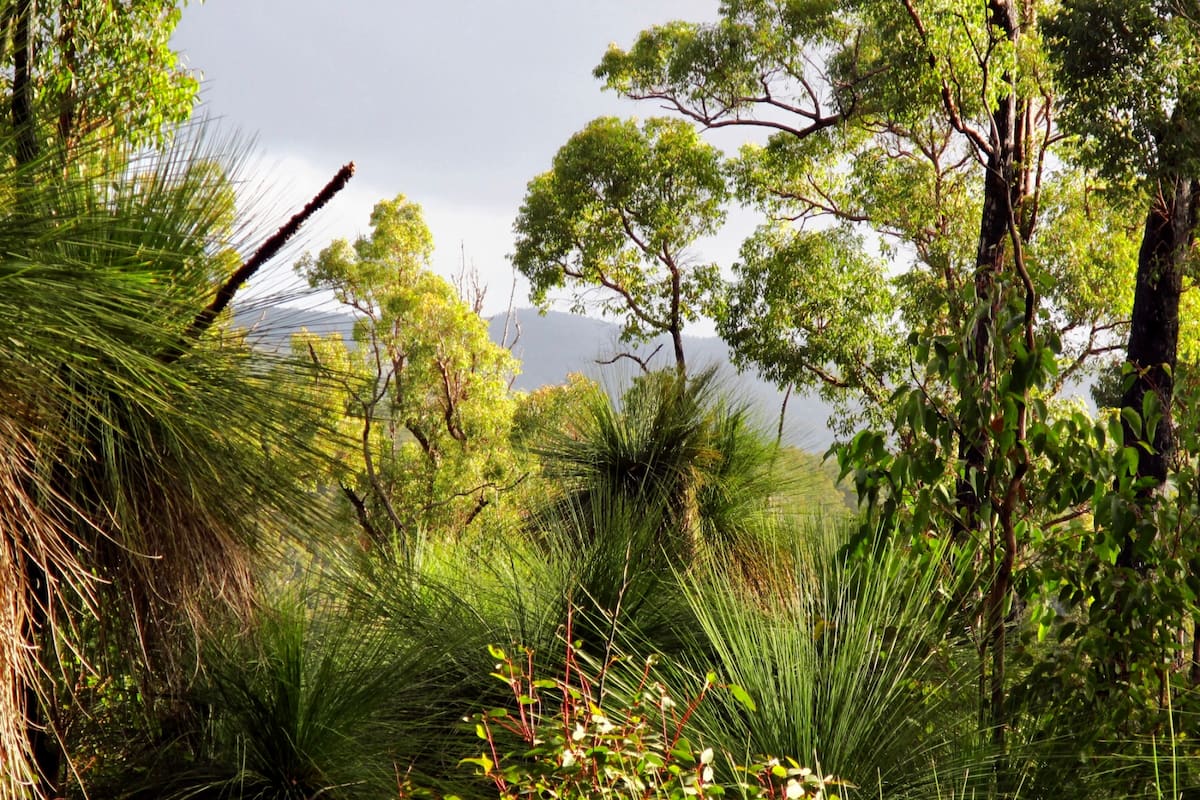 Other fauna that can be found in the woodlands include brush-tailed possums, echidna, quendas (southern brown bandicoot) and chuditch. All of these species are greatly reduced in abundance and distribution, so every remaining habitat area is vital to their survival.

Examples of jarrah-marri woodland can be seen in Twin Creeks Reserve, on Woogenellup Road near Mt Barker, in parts of the Stirling Range National Park and on many roadsides reserves .