An amazing variety of birds in the Great Southern region

More than two hundred species of birds have been recorded in the Heartland Journeys area, ranging from waterfowl to raptors, from pigeons to parrots and from a multitude of honeyeaters to numerous small songbirds. While some of the birds are very common and easily seen, others are critically endangered and therefore rarely encountered.

Australia’s largest bird, the Emu, as well as the country’s tiniest bird, the Weebill, which weighs a mere six grams, are found here. Nomadic waterbirds will show up after rains fill dry lakes while migratory species will begin to turn up with the arrival of spring. Some come here to breed, others head south to escape the icy winters of the Arctic. 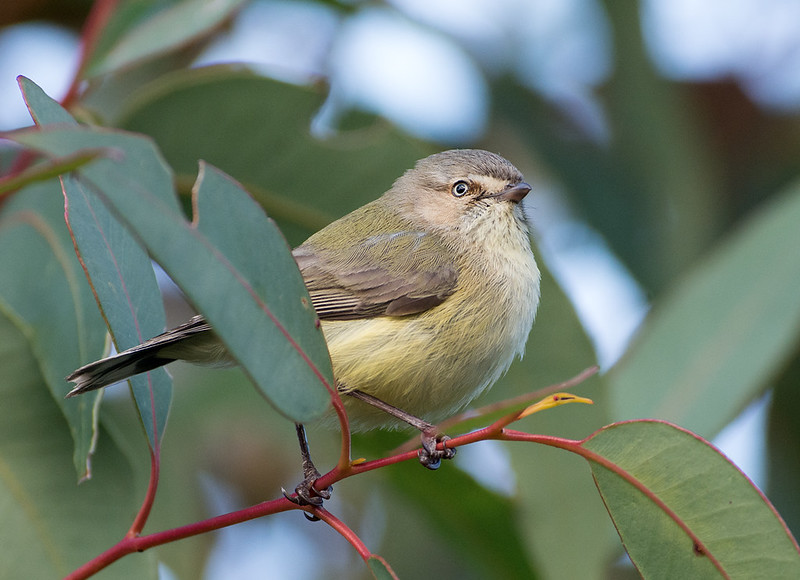 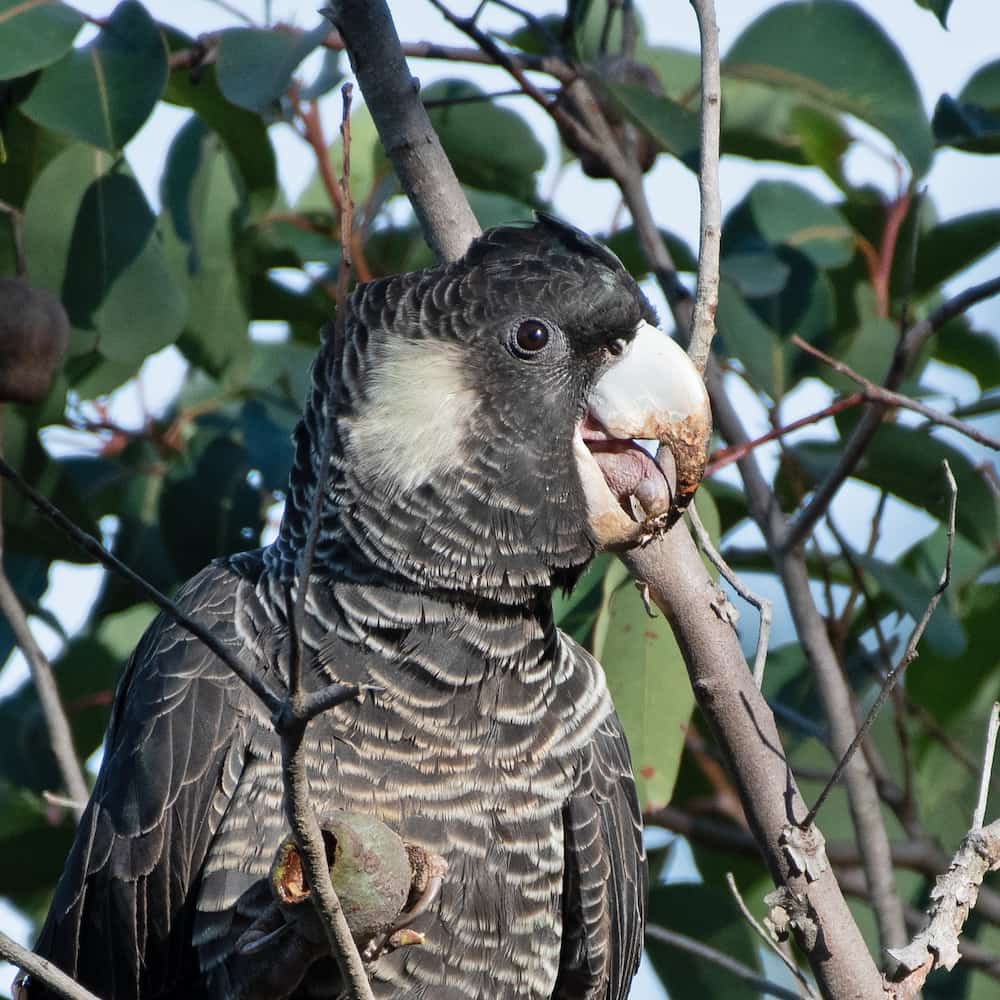 Most of the birds endemic to Western Australia can be found here – flocks of noisy Baudin’s cockatoos feeding in marri trees, tiny Western Spinebills flitting from flower to flower in the floristically diverse heathlands and the skulking Noisy Scrub-bird which will announce it presence through its loud territorial call, yet remains notoriously difficult to see.

The Noisy Scrub-bird, perhaps the most famous and most sought after of all the birds in the region, was feared extinct until a few of them were rediscovered at Two Peoples Bay in the early 1960s. Through conservation efforts its population has grown, but the species which is found only in a few areas east of Albany continues to remain at risk of extinction through out-of-control bush fires and introduced feral predators.

Malleefowl which had also just about disappeared from the region is now regularly seen again at conservation reserves where the birds with the unusual breeding habits build their mounds. The leaf litter which the birds place on top of the mounds creates heat as it decomposes and this heat is utilised to incubate the eggs. After laying up to two dozen eggs the female malleefowl’s involvement in bringing up the next generation is complete, while the male bird will only remain at the mound to ensure the nest temperature remains at a steady 33 degrees.  When the malleefowl chicks hatch after around 60 days they are so well-developed they can look after themselves, no requiring any parental care.

Western Australia’s rarest bird, the Western Ground Parrot with an estimated population of less than 150 individuals, had disappeared from the coastal heathlands, but efforts to save the parrots from extinction have led to the translocation of a few of these incredibly rare birds to an area east of Albany in the hope of establishing a second wild population. 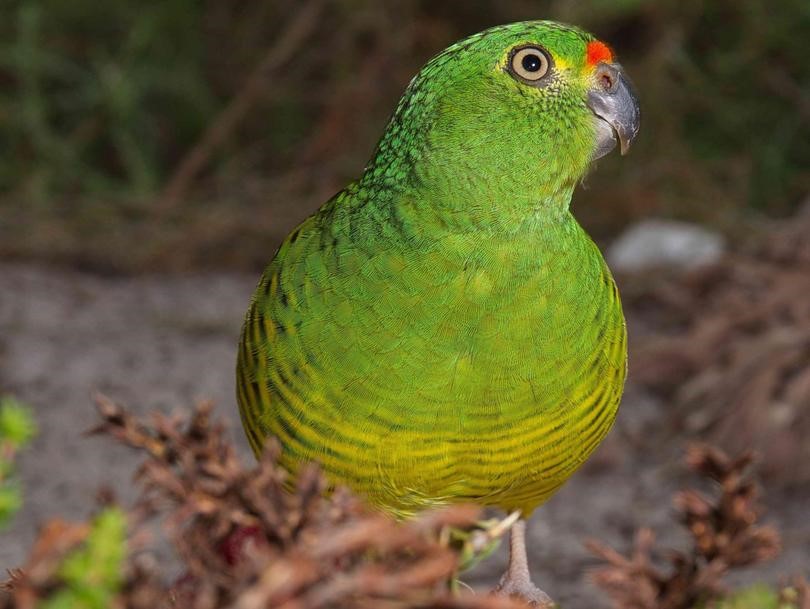 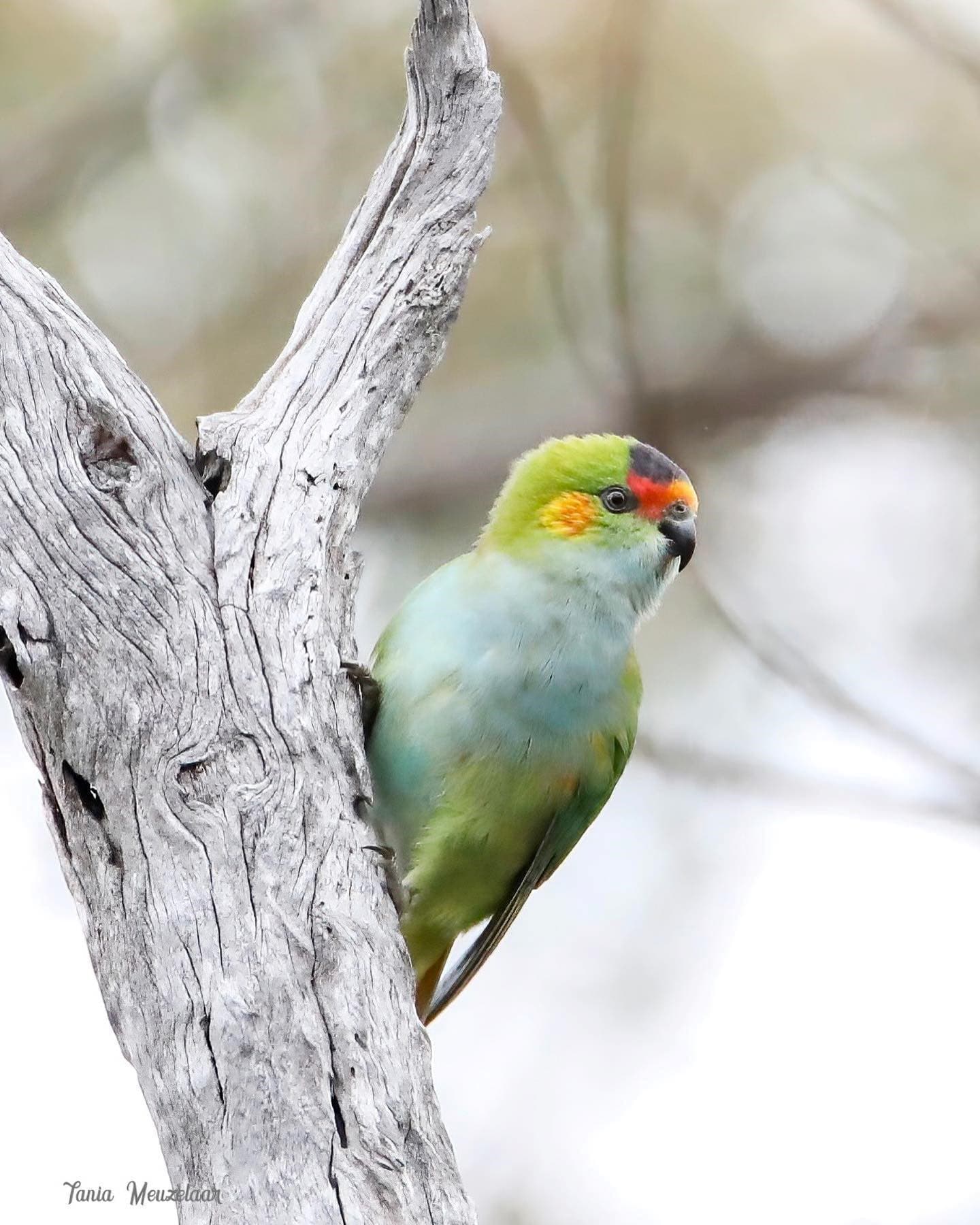 Purple-crowned Lorikeet: a parrot with a sweet tooth

High pitched screeching as they fly across the sky in small flocks is usually the first indication of the presence of Purple-crowned Lorikeets. The smallest parrot of the region is highly nomadic and will only turn up if there are large numbers of flowering trees for them to feed on. Unlike other parrot species, the lorikeets obtain their sustenance from nectar and pollen rather than seeds. Their long, brush-tipped tongue, similar to that of honeyeaters, allows them to easily access their preferred food. Given their preference for feeding in the canopy, the best opportunities to observe them arise during the nesting season when they fly to their nest hollows to feed their young.

Rainbow Bee-eater: a bird which nests in an underground tunnel

Often ranked as one of the most spectacular birds of the region, the Rainbow Bee-eater actually spends a large part of the year in northern Australia. It migrates south to breed with most of the bee-eaters arriving during the month of October. As its name implies, insects such as bees and wasps make up the bulk of its diet. The birds are quite easily observed as they often sit on tree branches keeping an eye out for insects. Watch them as they acrobatically swoop through the air  to catch their intended prey.

What sets them apart from other birds is their nesting habit. Bee-eaters go underground to raise their young. Using their bill as a digging tool, they excavate a tunnel about three feet long with a nesting chamber at the end of it. Once the female has laid the eggs both parents will take turns incubating them. When the young have fledged they quickly learn to catch insects and by February the birds will start to make their way north again. 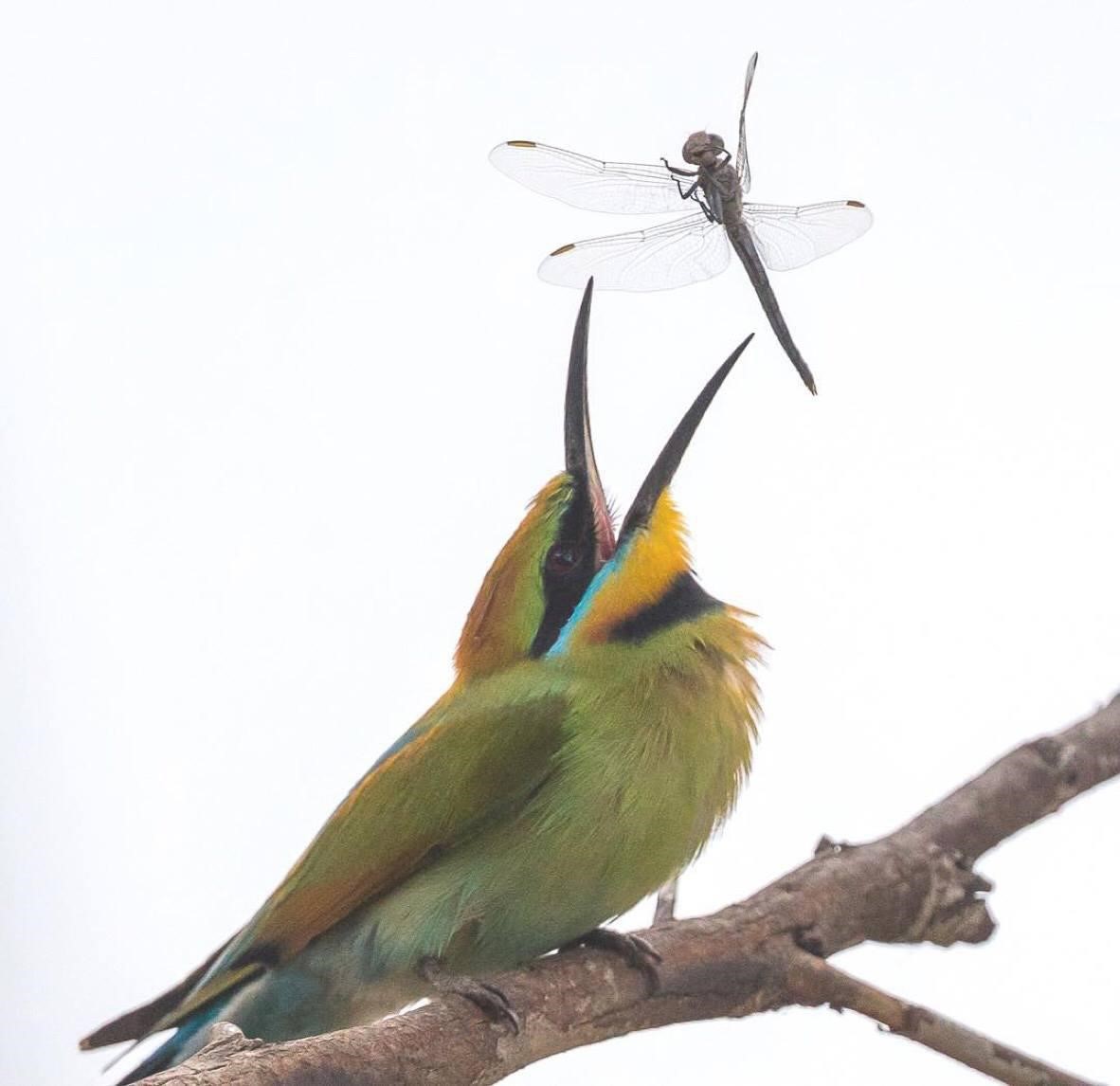 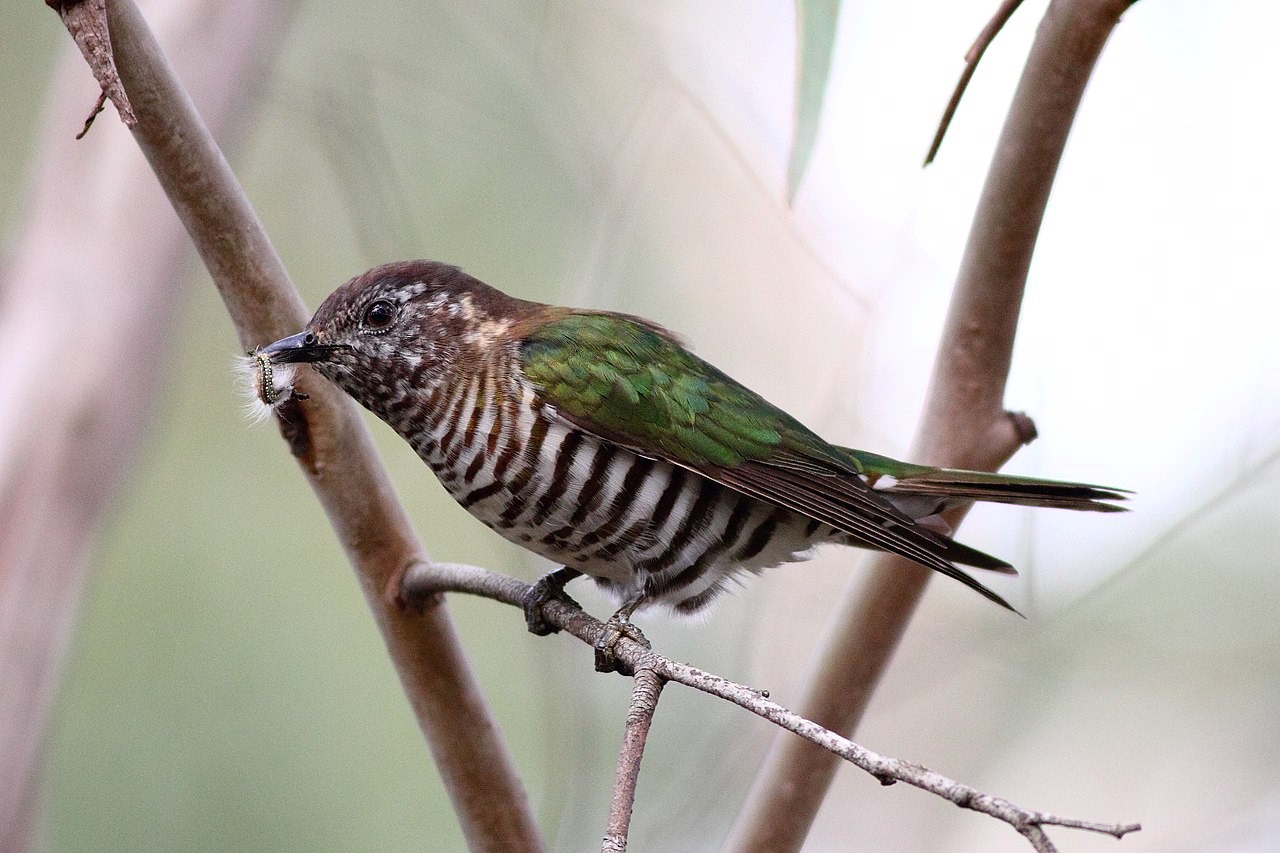 Shining Bronze-Cuckoo: a lazy parent with a taste for hairy caterpillars

Aptly named for the shimmering colours of its wings, the Shining Bronze-Cuckoo has a penchant for a seemingly unpalatable prey, namely hairy caterpillars. The birds are migratory and their arrival at the beginning of August heralds the end of winter and the arrival of the Noongar season known as Djilba. Year after year the cuckoos often return to the same area to breed. As is typical for members of the cuckoo family, they do not build nests of their own. Instead they seek out the nests of other birds in which they will lay their eggs. Preferred hosts are members of the thornbill family who will incubate the cuckoo egg and then raise the offspring. The cuckoos themselves are not involved in any aspect of bringing up their young.

Australian Owlet-nightjar: a bird of the night which snoozes in tree hollows

One could be forgiven for thinking that the owlet-nightjar is a small furry mammal which is peering from the hollow of a tree. Neither an owl nor a nightjar, the fluffy-looking nocturnal bird can be observed during daytime hours when it is roosting in a hollow catching up on sleep after a night of insect hunting. Australia’s smallest night bird is territorial and will often occupy the same area for many years. 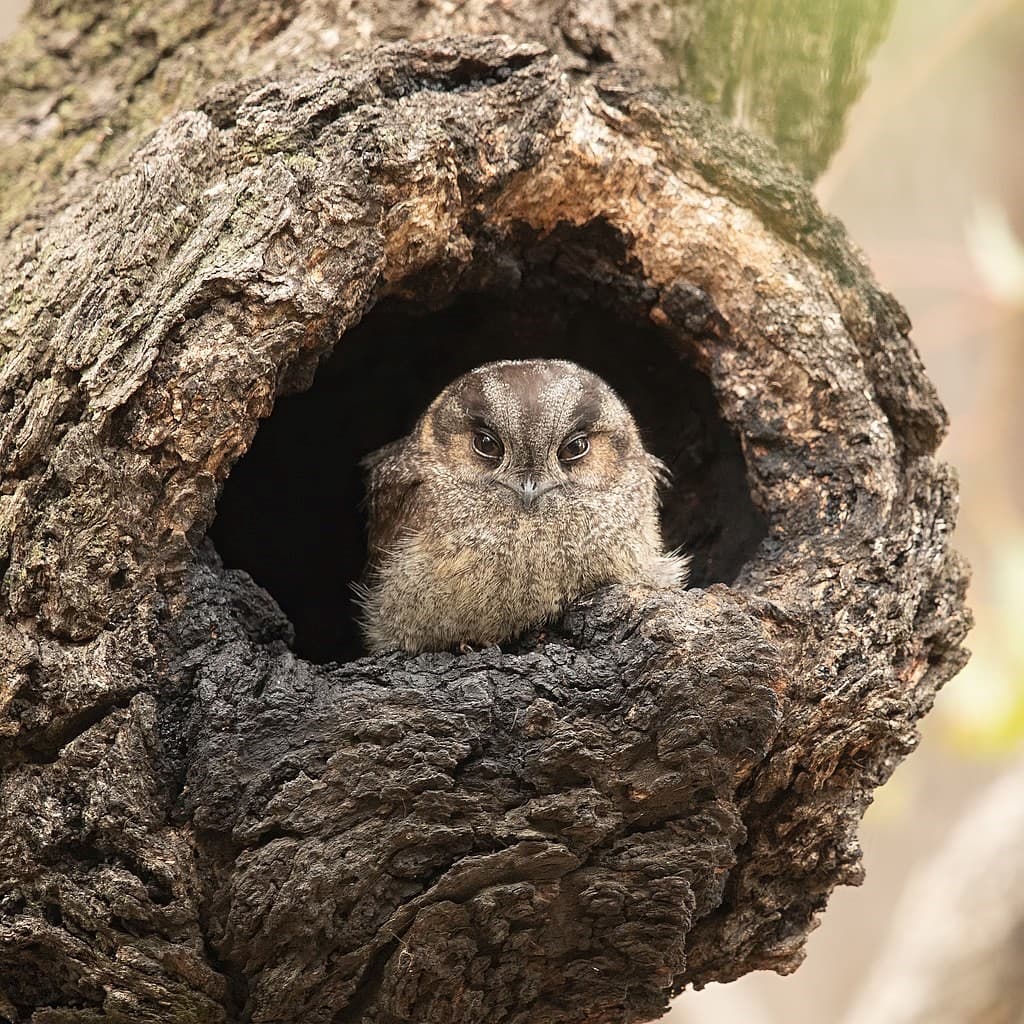 Sincere thanks to Anne Bondin of the Albany Bird Group and photographers John Anderson, Alan Danks, Frankzed, J J Harrison, Tania Meuzelaar and Georgina Steytler for the words and photos in this ‘Nature insight’.