This is just a small gravel roadside stop, but there are some remarkable views of Koi-Kyenuruff (Stirling Range) and the Sleeping Lady in particular.

There are good views across the farming land, with different eras of landcare and ecological restoration evident from this point. 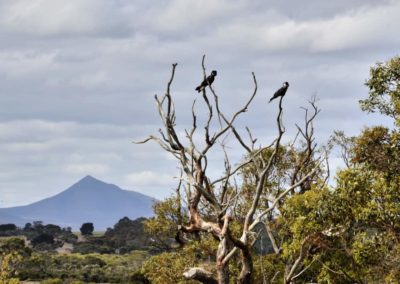 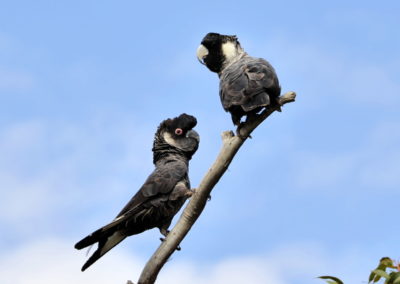 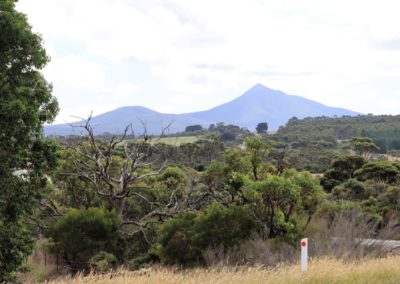 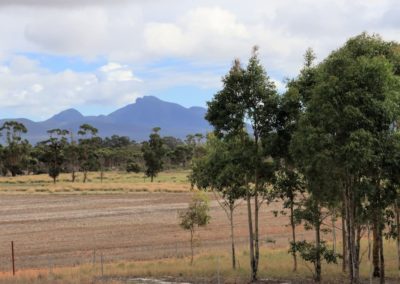 There is a lot to be learned from names… and three different eras of history are represented in names of roads in this area. 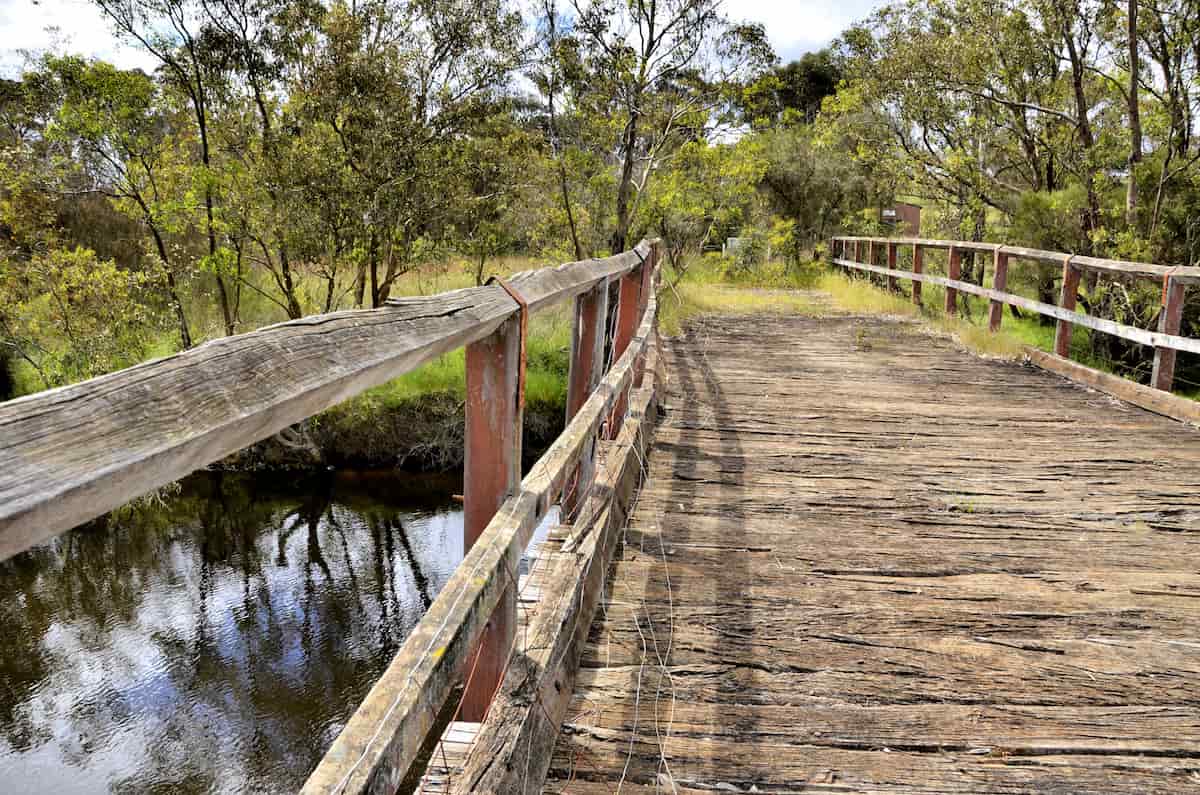 Woogenellup Road is obviously a Noongar derived name, with the suffix -up denoting ‘place of’.

Chester Pass Road was named for George Chester, an early settler and policeman in the district.

Washpool Road represents a slightly later era of settlement, when sheep grazing was widespread and river or creek pools were used to wash the sheep before shearing. If the sand wasn’t washed out of the wool, it might blunt the blades of the shears.

Three eras of landuse and landcare 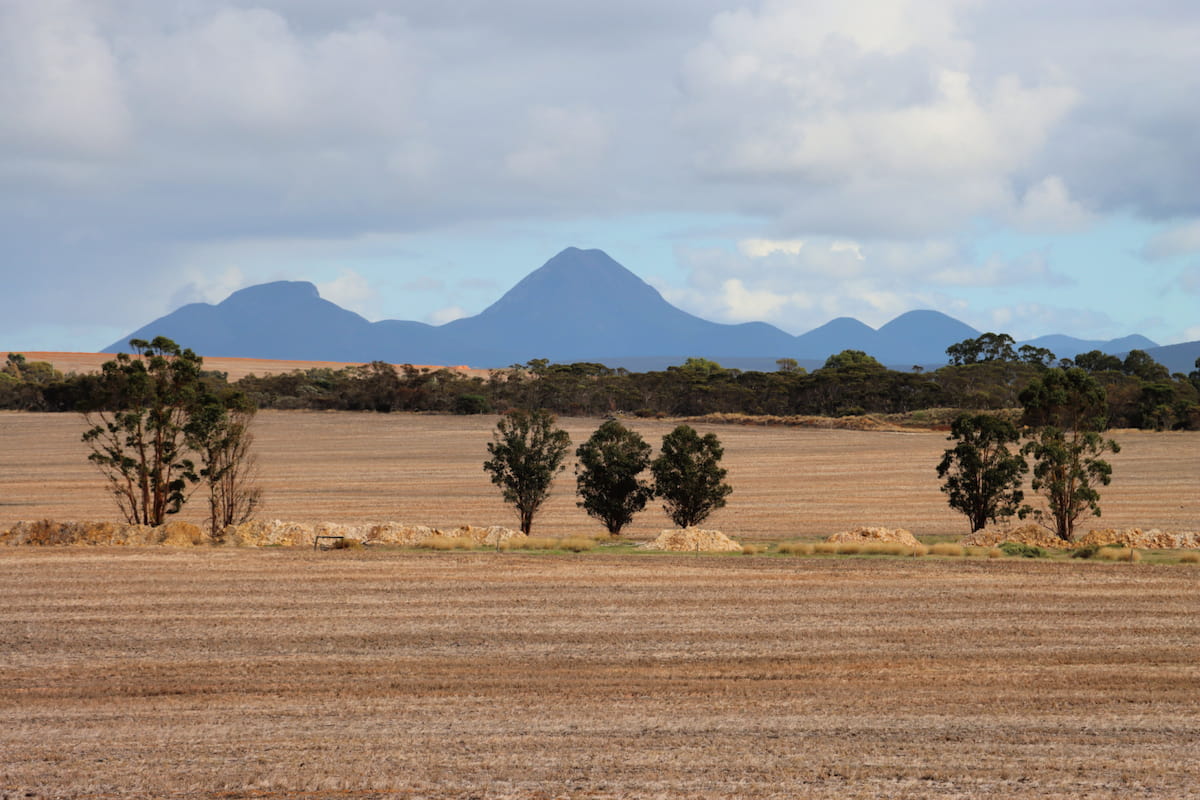 While the areas of heavy loam soils next to the Kalgan River were cleared for farming early, the sandy and sandy gravel soils away from the river were considered useless for agriculture up until the mid-1950s.

New technologies and manufactured inputs eventually enabled agriculture on these soils, which spurred a huge wave of clearing after the Second World War.

During this period, there was almost a culture of trees being the enemy, because so many had to be cleared to create the farmland.

It didn’t take long for the negative impacts of the loss of all these trees and other vegetation in the landscape to become evident – in the form of soil erosion and salinity. Farmers began to replant trees for amenity, shade, shelter for stock and farm forestry. But advice at that time came from foresters who advised the planting of wheatbelt species, known for their hardiness and their salt resistance.

While these trees help to reduce the level of the water table and therefore salinity, manage soil erosion, provide shelter for stock, and provide alternative income for farmers in difficult years, the accepted wisdom now is that local species should be planted. 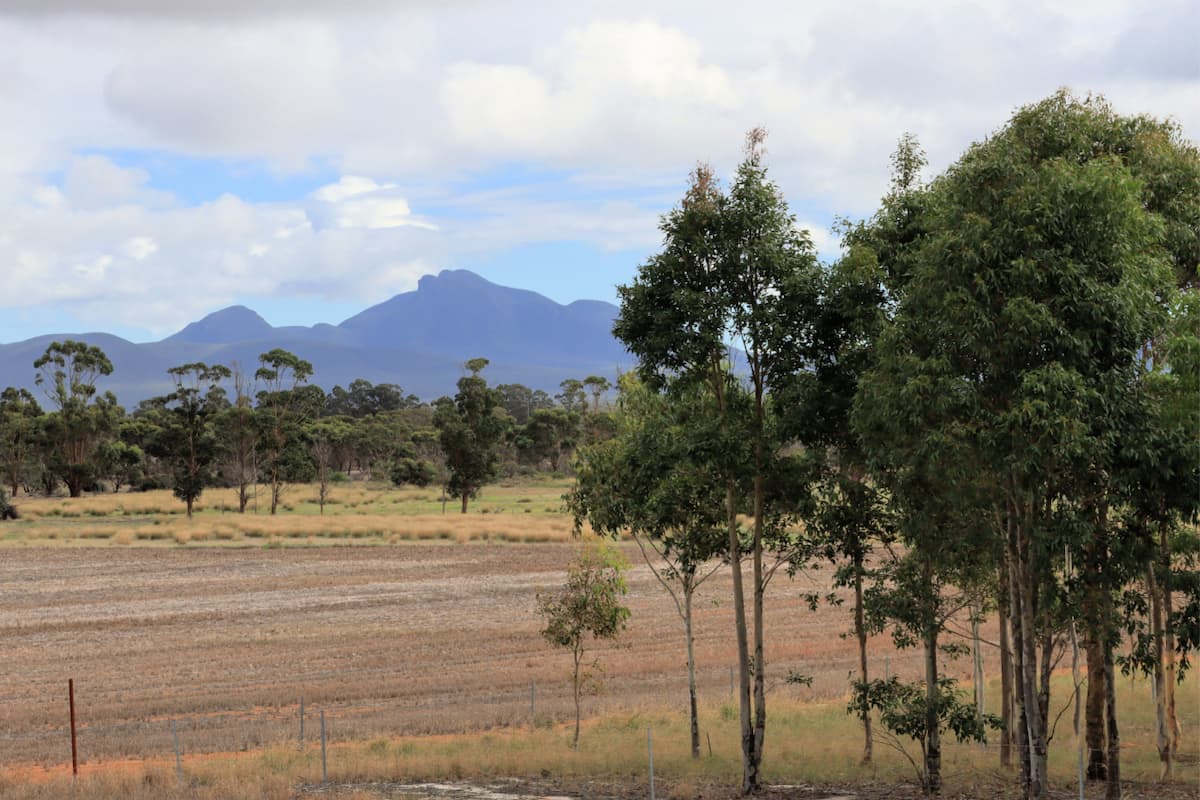 In the early 2000s, more attention began to be given to the repair of whole landscapes. This involves the direct seeding of diverse mixes of local plant species in order to ecologically restore farmland and reconnect the large habitat areas remaining in the lower Great Southern. 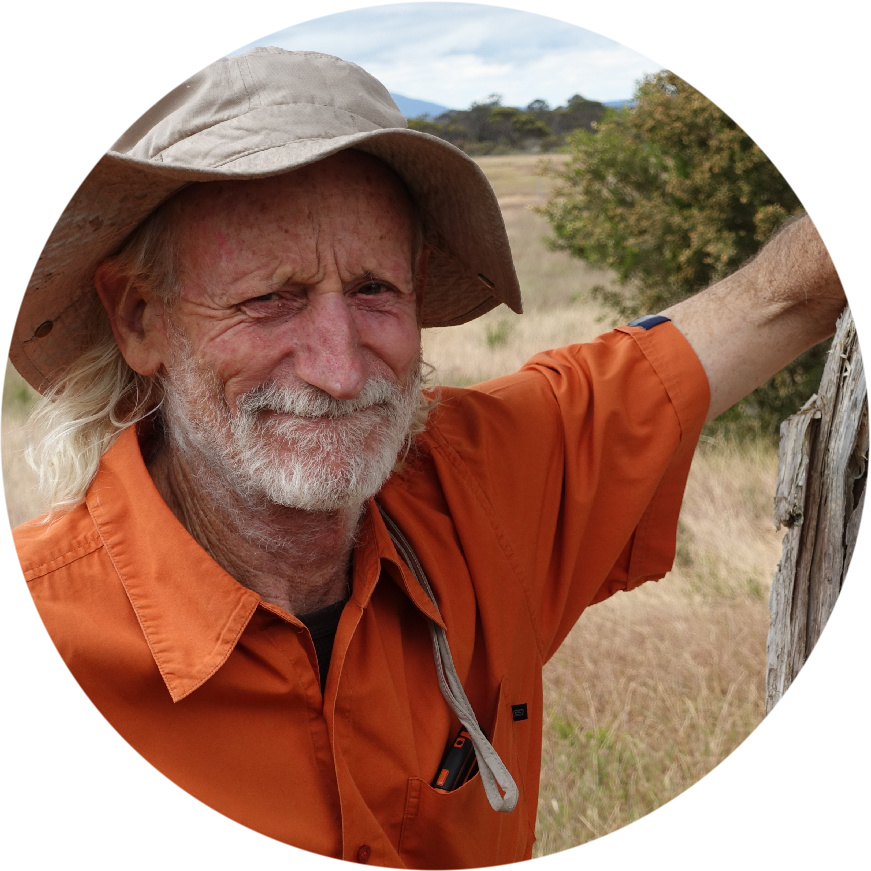 “Anyone can do it. If you want to restore an area just look at similar soil type where there’s natural vegetation available. It can give you an idea of what structure you need, everything from legumes to tall trees, and in between various species for marsupials and pollinators. If you can encourage wild life in you know you have been successful.” 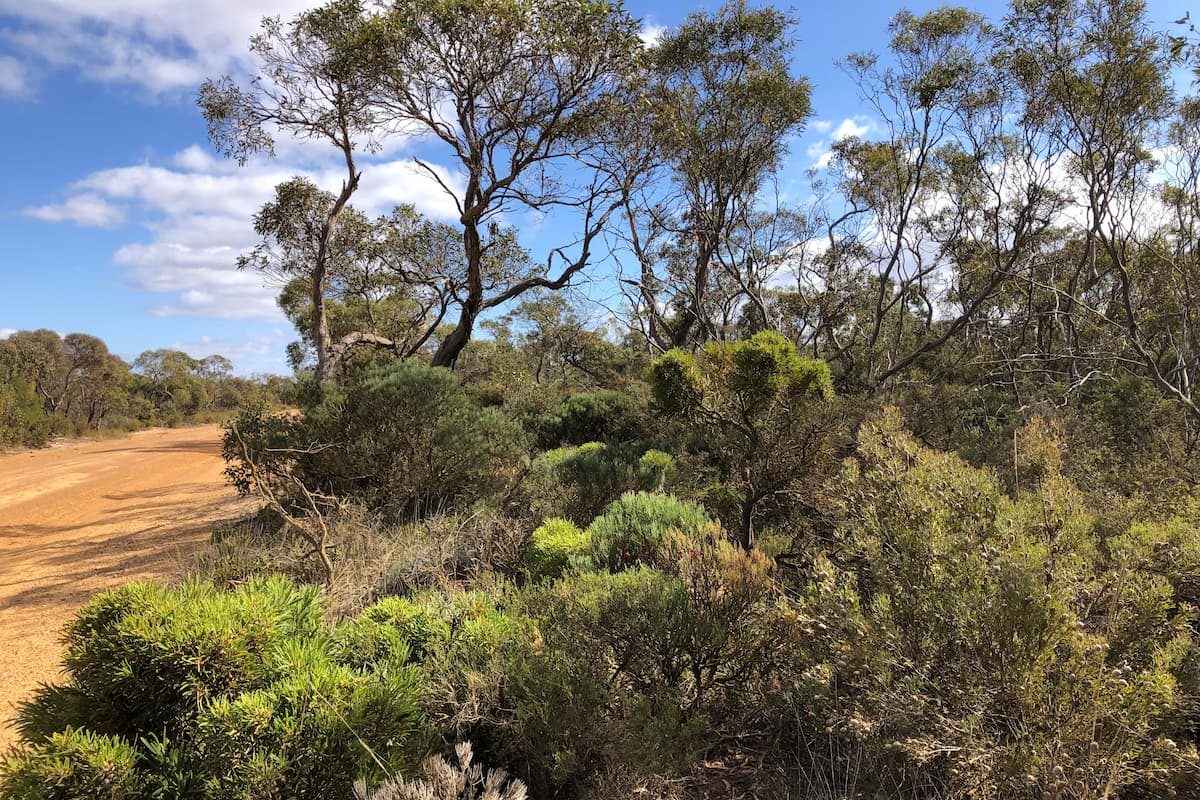 As you drive south down Chester Pass Rd, there is a rapid transition from the drier mallee country into the wetter jarrah and marri forest.

Getting close to the Porongurup Range you will even see glimpses of karri in the valleys to the north. This is an outlier population of karri, remnants from a time when rainfall was much higher.

Remnants of the Eocene Sea 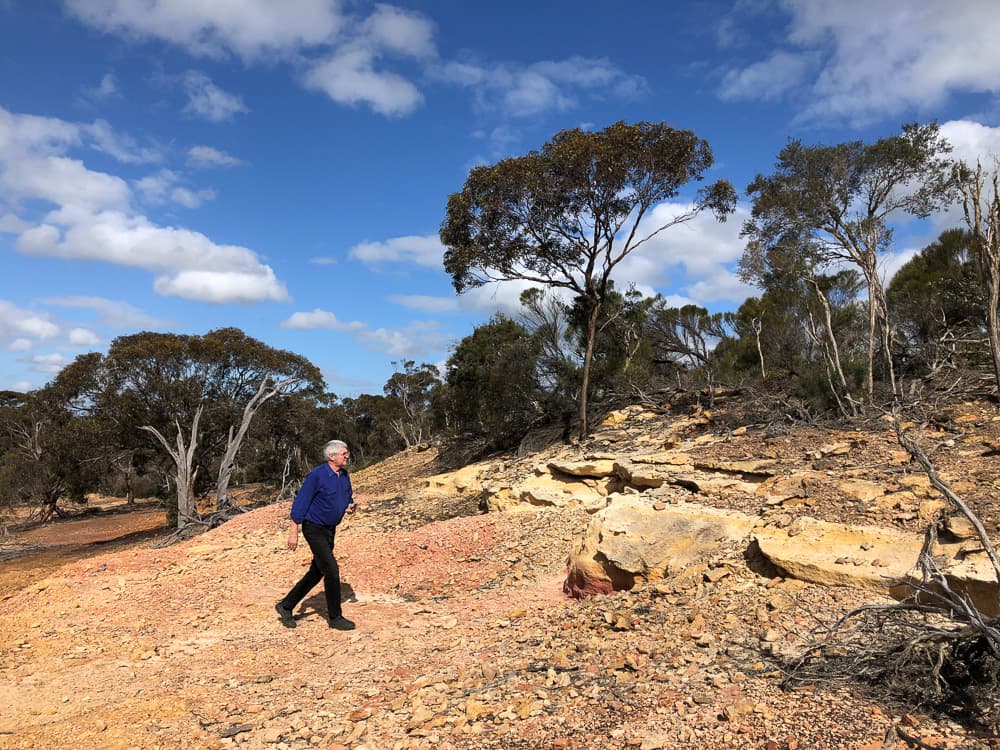 Look out for the small breakaways in the paddocks, especially to the east of the road. Remarkably, these are remnants of the Eocene seabed.

Some 40 to 43 million years ago, during a warm climate era called the Eocene, much of the world’s ice had melted and the oceans were over 100 metres higher than today. The Porongurup and Stirling Ranges were islands in a warm and shallow sea. The Eocene sea was dominated by massive populations of marine sponges. As the sea receded it left behind a soft rock, called spongolite, which contains silica spicules from the external skeletons of those sponges, along with an abundance of other marine fossils. 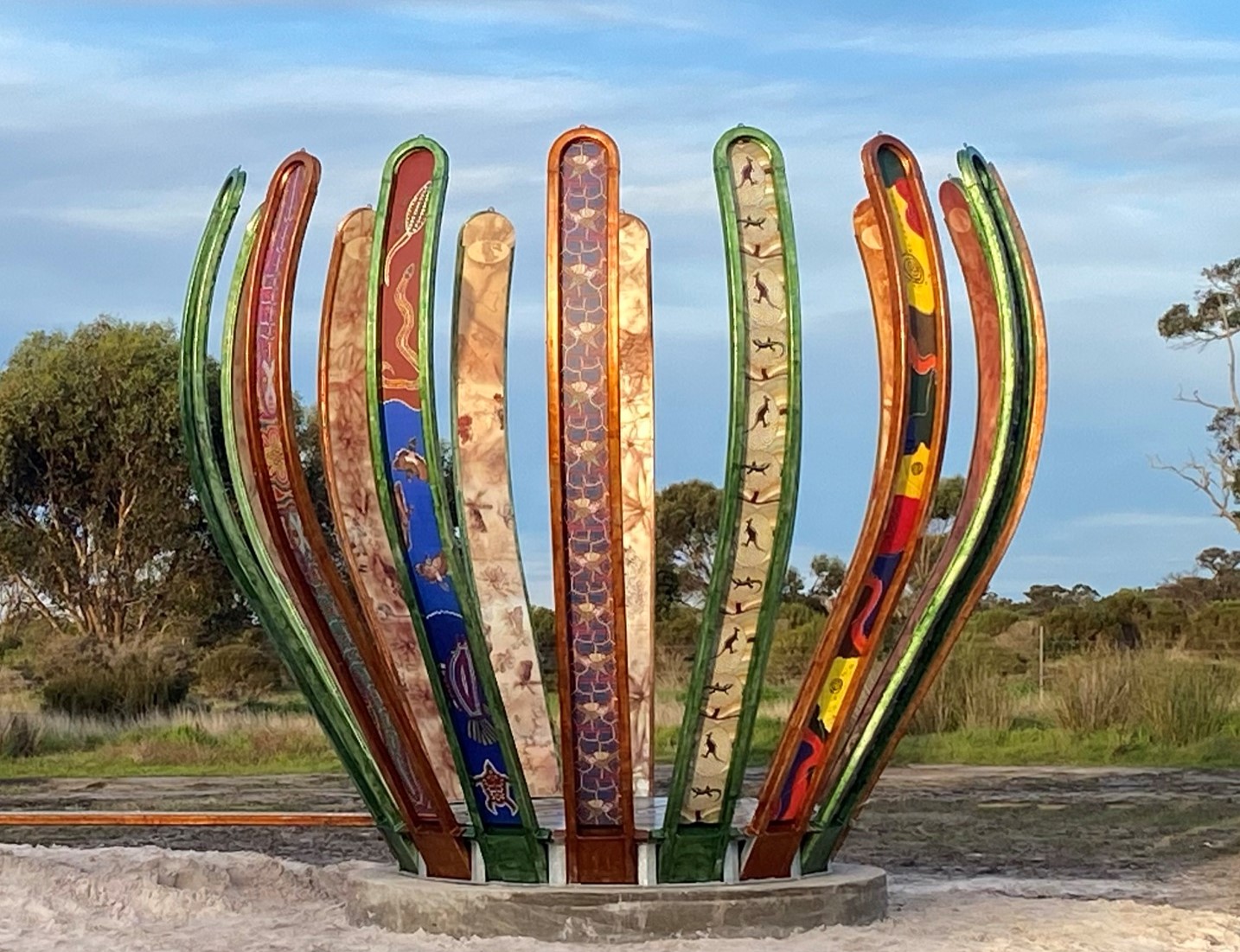 The Gondwana Link Sculpture is on Knights Rd, on the Twin Creek Conservation Reserve. It is part of a broader Genestreams Songlines Sculptures Project. 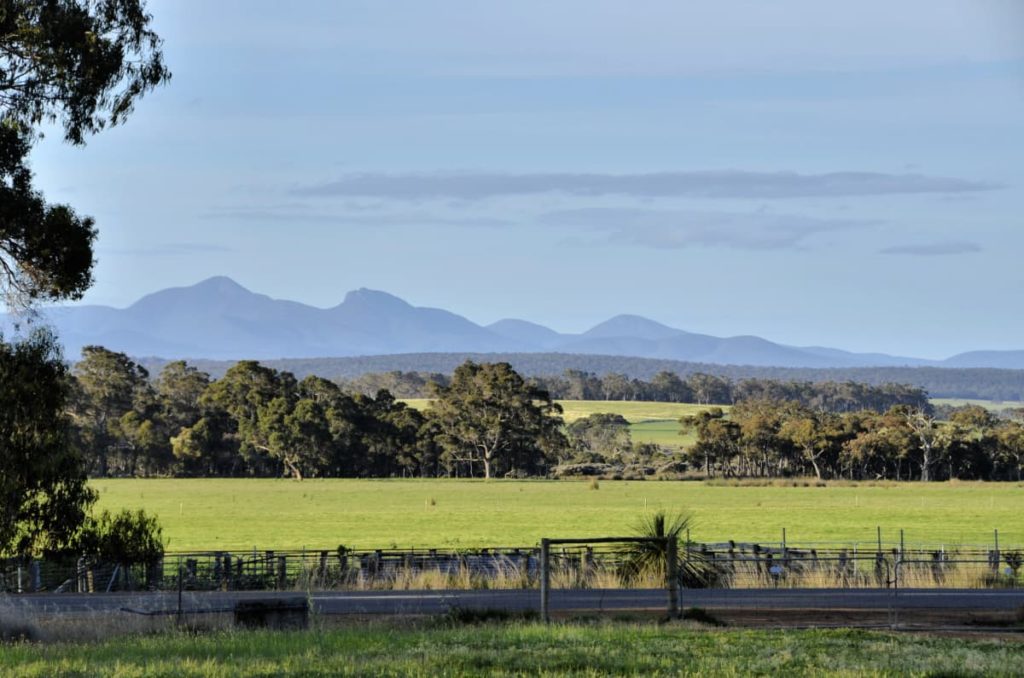 Porongurup Rd takes you to the base of the spectacular and ancient Porongurup Range, which is mostly protected in a National Park, also with beautiful views of the Stirling Range.

In late Winter patches of bright yellow appear in the farming landscape as the canola crops are in full bloom.

As with most places in south-western Australia, it is worth visiting during the wildflower season during Djilba and Kambarang (August to November) to make the most of the interesting vegetation in surrounding areas.